It’s no secret that shopping habits have changed in recent years and perhaps no surprise either. It was inevitable that the emergence of the internet was going to have major repercussions at some point but few could have predicted the extent of the High Street demise and the sheer number of ever-present high street retailers who would go to the wall as a result. 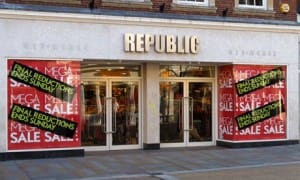 There is one area of the high street that seems to be not only surviving but flourishing – discount retailers. The likes of Primark, H&M, Officers Club, Sports Direct and New Look have gone from strength to strength and their growth doesn’t look like slowing any time soon.

Of course the recession and subsequent purse-tightening measures played perfectly into their hands. Less money to spend on luxuries and frivolous purchases means more frugal shopping and price-led decision making. Primark became the clothing store of choice for shoppers from all walks of life and the fact that their clothing lines are fashion led and similar in quality to other retailers twice the price only served to boost the retail giant’s popularity. 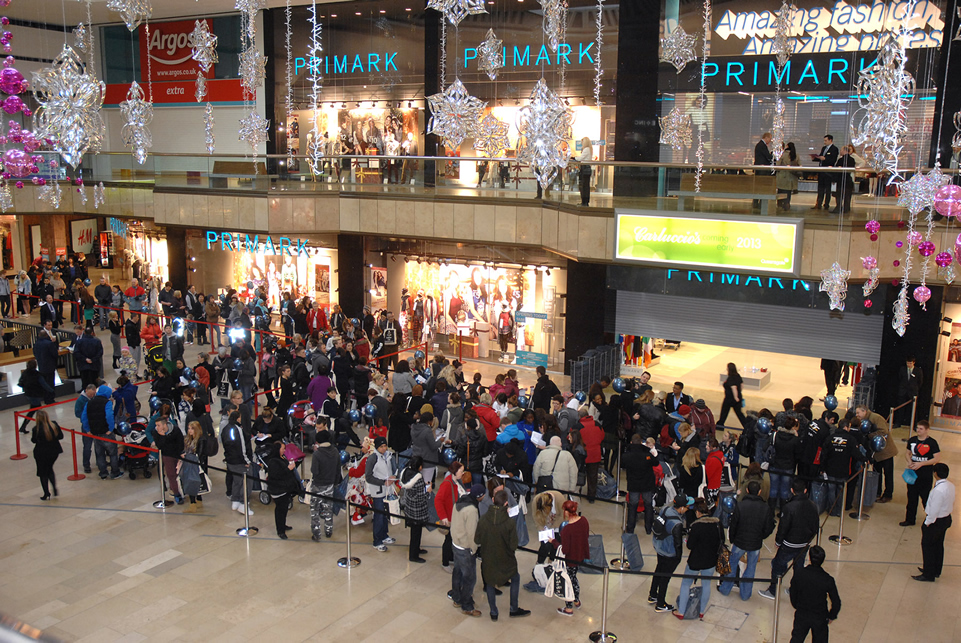 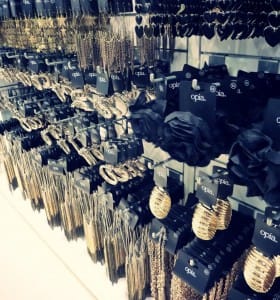 Take a walk through any bar from Sands End to Soho and you’ll see women (and men in some cases) dressed in the latest cuts, carrying the must have bag, wearing the on trend heel and lavishly decorated with stunning gold and gem stone jewellery. From afar anyone but the trained eye would be fooled and even upon closer inspection, many wouldn’t be able to make the distinction. But this new breed of fashionistas are not wearing Prada, Armani or Versace – they are strictly budget shoppers.

But that’s a good thing, right?

Of course it is. The fact that you no longer have to pay designer label prices to look like a designer label girl/boy is music to the ears of most consumers.  But now that you can look the part without having to pay the price, what happens to the designer clothing shops and the jewellers who only sell the ‘real thing’?

There will always be demand for clothing from exclusive designers and expensive jewellery but whereas in the past your everyday shoppers would stretch themselves, often beyond their means, or save up relentlessly just to afford that one statement piece, now such behaviour is far less common.

At the right society parties and certain areas of the Country/World it would naturally be assumed that one’s adornments are genuine but walk into a bar with a diamond pendant around your neck in any other area of the country and what would people think? I think it’s safe to say the majority of people wouldn’t bat an eyelid and those that did would assume it was a Primark or New Look special.

That definitely has some advantages, most notable of which will be fewer people wanting to steal your possessions, but surely part of the appeal of owning precious jewellery is so you can show it off and advertise your social status. If the majority of people assume that your jewellery is imitation, whether it is or not, what’s the point in wearing the real thing?

Is it possible that we’re starting to see the global impact of a generation of shoppers who no longer crave the real deal and are perfectly happy wearing fashion jewellery and imitation pieces?

The same goes for designer fashion.  If most people assume that your genuine designer garments are either fake or a catwalk copy from a discount retailer, it seems pointless to buy such labels doesn’t it?  The quality will certainly be superior but what other advantage is there?

Answers on a postcard……